The third plaque in the BHQ Heritage Plaques Project was dedicated on Sunday 13 August 2017 at Windsor Road Baptist Church. It commemorates the current church building which was erected in 1888 and the Memorial Hall opened in 1931 in honour of the long pastorate of Rev Thomas Leitch from 1878-1929 (a record for Queensland!).

Windsor Road church was initiated by the former Jireh Baptist Church with open-air services and cottage prayer meetings. The first building was erected in 1874 about 100 metres north down the street from the present location. The church was formed in 1877. Ever since it sent out the second Baptist missionary from Queensland in 1890, it has maintained a strong missions and church planting interest.

The unveiling and dedication of the plaque was performed after the church service by Eric Kopittke (President of Baptist Heritage Qld) and the Pastor Mark Ng (minister of Windsor Road Baptist Church) (pictured). 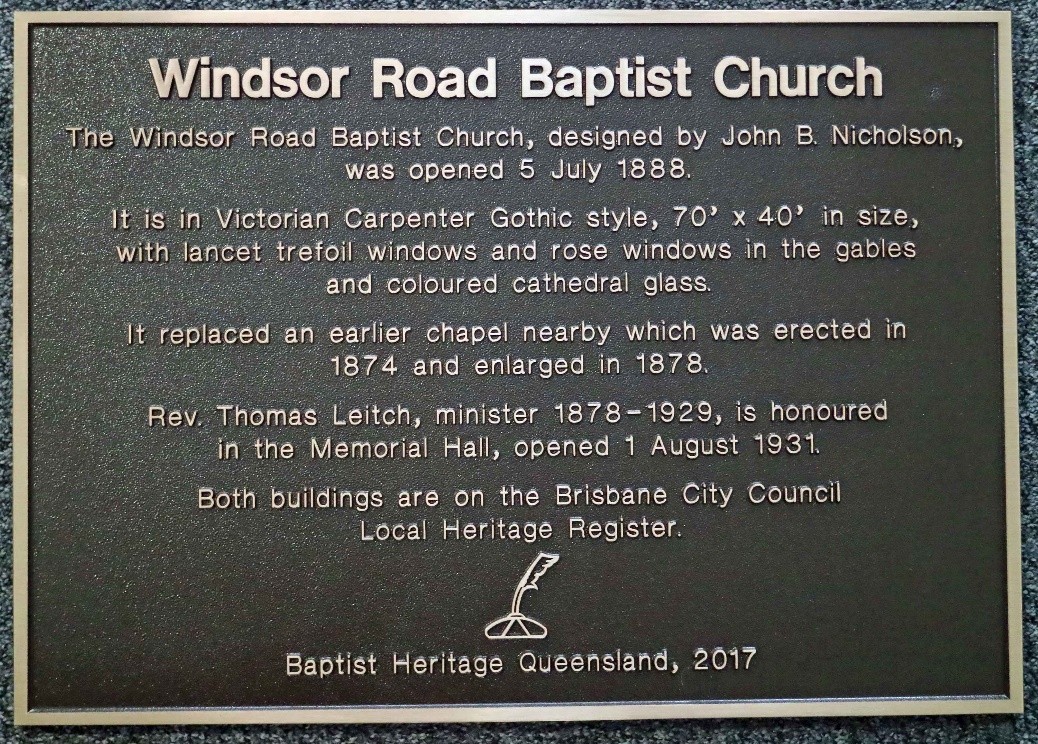 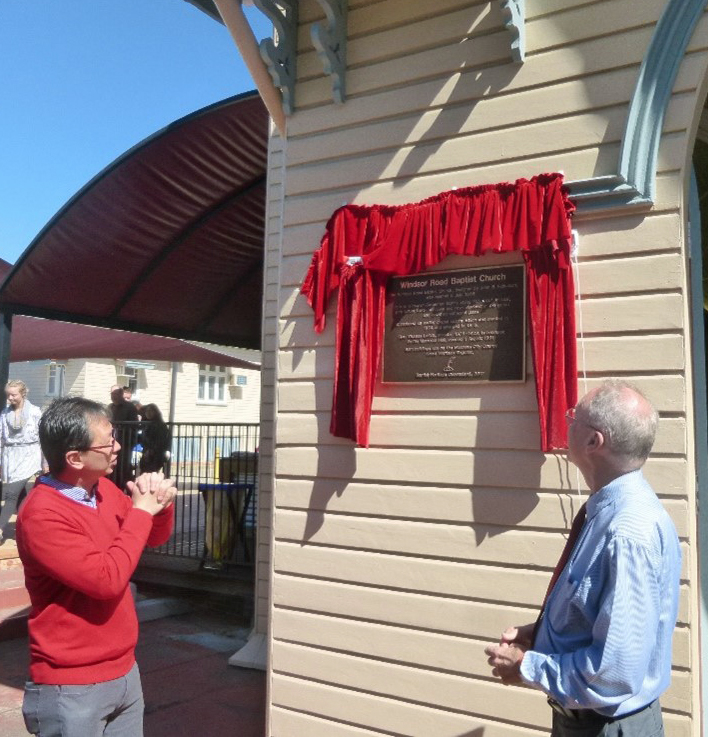