The first plaque in the new project was opened on 3 July 2016 at the Toowong Baptist Church, 5 Jephson Street, Toowong, on the occasion of their 135th anniversary celebrations.

This building was opened on 4 September 1881 with seating for 100 people at a cost of £250 ($500). The architect and builder was Mr William Richer who was also pastor and founder of the church. It is the oldest Baptist church building still in use as a church (the former Ipswich Baptist Church is older but no longer in use). The main part was enlarged and vestries added in 1884, doubling its size. It is recognised as a modest example of a timber framed church in the Federation Carpenter Gothic style, and these beautiful features are on view inside the main sanctuary.

At the time the church had a flourishing ministry especially amongst Chinese speaking people which had then been in place for about 40 years and which continues strongly to the present. 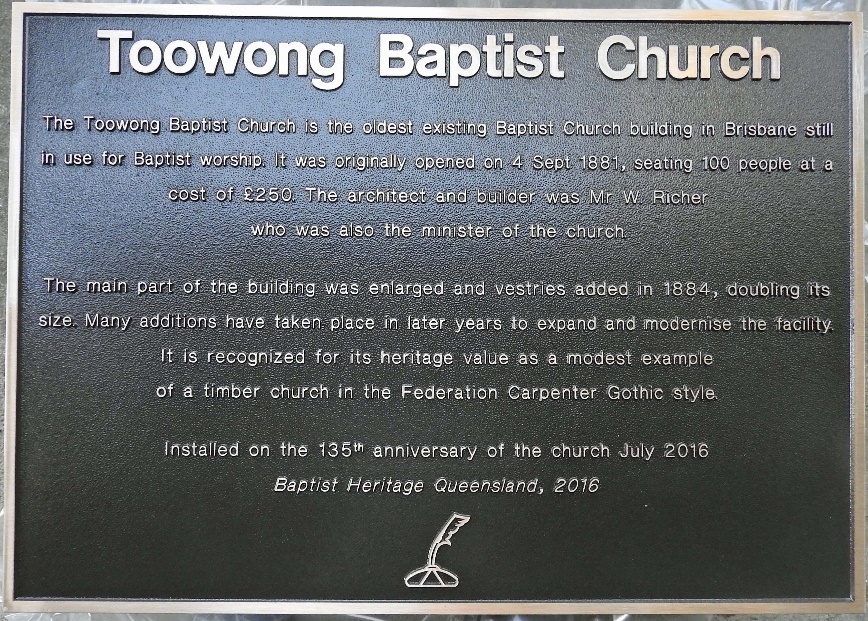 This large plaque (visible from the footpath) was unveiled by the President of BHSQ, Eric Kopittke and the pastor of the church, Rev Andrew Teo (pictured below). 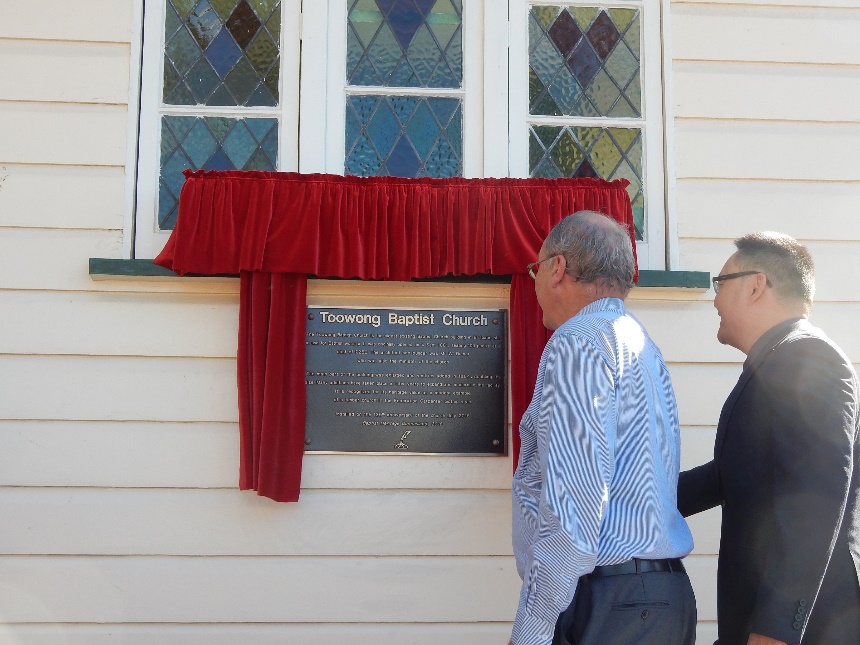