The fellowship which used the building was first known as ‘Brisbane River’ Baptist Church, and was formed by German settlers who had moved into the area in the 1860s. The first leader was Johannes Friedrich Heinrich Faulkenhagen, formerly a member of Templin Baptist Church, north-east of Berlin, Germany. He had been leader of a group of Germans associated with Wharf Street Baptist Church. Some of the families had lived in the Nundah and Zillmere areas before moving west. Although mostly lay-led, the church had a notable early pastor in the person of Rev Hermann Windolf.

A cemetery was established higher up along Fernvale Road, which was later supplemented by another at Mount Tarampa (which is still in use).

The first location of the ‘Brisbane River’ church was close to the banks of the river, but it was destroyed by floods. The building on Old Fernvale Road was in use for many years and it was supplemented by another chapel south of Lowood to serve the needs of the members in that area more conveniently. Eventually, the Lowood chapel became the main centre. Another relocation took place in 1926 to the Minden-Tarampa Road (then the fellowship became known as the Tarampa Baptist Church). After about 70 years, numbers began to decline and the church was disbanded in 1995. The building was taken over by a Lutheran fellowship.

The full story of the church is in the book, Tarampa Baptist Church by Richard Scanlan and David Parker 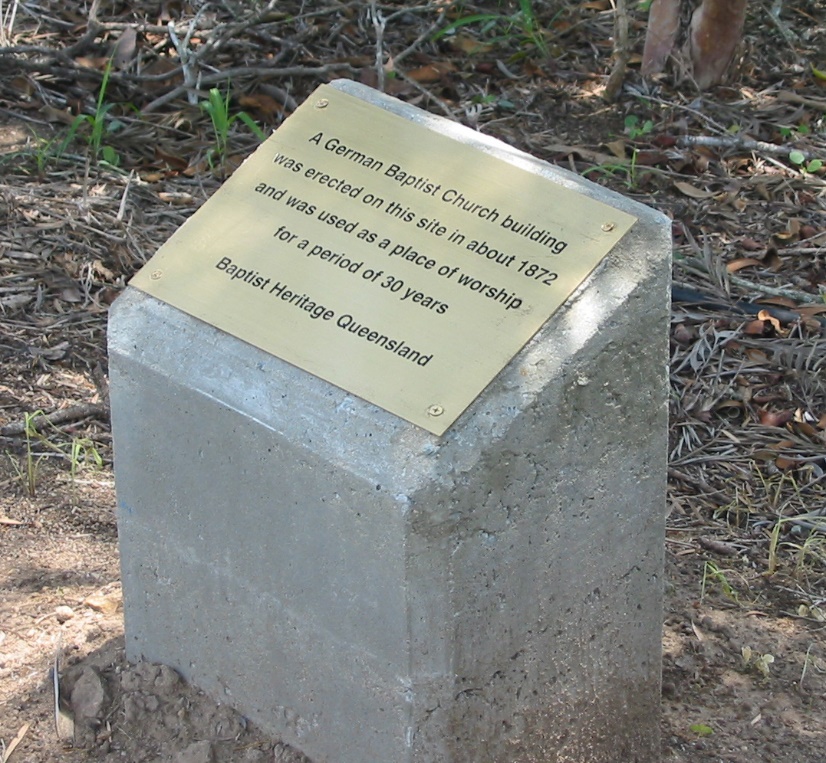