The second Baptist Heritage Plaque was officially opened at the City Tabernacle Baptist Church on Sunday May 14. This plaque identifies the building which was opened on 9 October 1890 as one of the significant churches in the Brisbane CBD. It was designed to be an impressive ‘cathedral’ type structure by the celebrated architect, Richard Gailey, who was a member of the church and also designed several other Baptist churches. The plaque was unveiled after the morning service by the President of Baptist Heritage Queensland, Mr Eric Kopittke and the pastor of the church, Rev Richard Kingham.

This was the second building (and site) to be occupied by this church, the previous building being located at the corner of Wharf and Adelaide Streets in the city but it had become too small for the church’s needs. The new structure was said at the time of opening to be a ‘sacred edifice [which] occupies a commanding position and is certainly one of the finest buildings of its kind in the colony, both as regards exterior appearance and internal arrangements.’

The opening of the plaque took place exactly 160 years to the day since Rev James Voller came from Sydney to assist the young ‘Brisbane Baptist Church’ after it was facing closure due to the sudden departure of its pastor. Voller encouraged the people to continue on, and to send to England for a pastor. He also conducted the first baptisms in Brisbane in a reservoir in Roma Street. Sometime later, Rev B G Wilson came from England and saw great development in Baptist work. 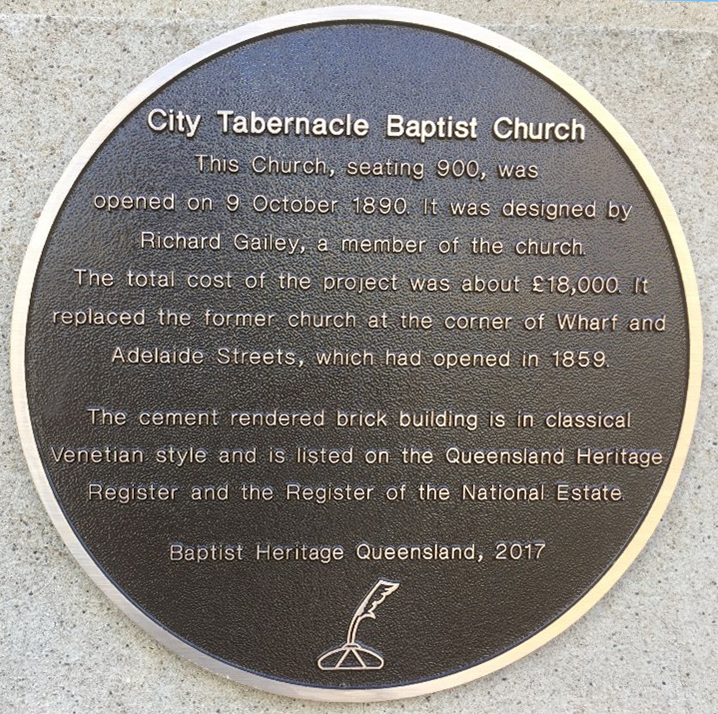 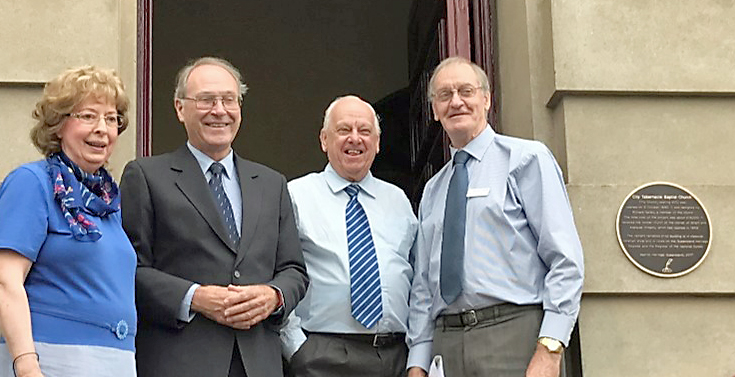